A Dream of Lions

I was in a big yard and I was getting five people ready to shamanic journey. I had just told the participants that a yoga mat would work just fine to lay on. Then I went outside and saw two female Lions in the yard, a man drove up in a truck and had two male Lions in the back of his truck. I noticed he had them on leashes but then let them run around free in the yard. I had no fear of them and really enjoyed watching them run back and forth. I remember being able see the muscles of the lion’s bodies, their color and the dance they seemed to be performing. I was really impressed with their regal stature. They were so beautiful.

Lion as Totem: The Lion is the symbol of the sun and of gold. In the cards that I use to do readings, the sun represents Self-empowerment. In ancient times, medieval alchemists associated the Lion with Sulfur, the element with the atomic number sixteen. This number is equated to seven and in numerology means the seeker of the truth. One who has a clear and compelling sense of self as a spiritual being. And as a result, one’s life path is devoted to investigations into the unknown and finding the answers to the mysteries of life. Sulfur is an essential element for life on Earth as it is associated with fire, volcanoes and the beginnings of creation. A Lion totem represents a lesson in dealing with groups and one’s role within those groups. It tells you to trust your feminine energies such as creativity, intuition and imagination. Never be afraid to roar if threatened!

An ancient symbol of the sun, dominion, power, ferocity and bravery, the "king of the beasts" was often used on heraldic shields, flags or banners by medieval European rulers. In ancient mythology it was identified with sun worship and the imagined power of both gods and goddesses. In ancient Buddhist tradition the Buddha was sometimes represented as a Lion. The Buddha's teachings are sometimes referred to as the 'Lion's Roar', again indicative of their strength and power. The Lions of Sarnath appear on a capital from a pillar of Asoka: Asoka or Ashoka is known as the Emperor of Emperors. Sarnath is where the Buddha first taught, and these lions echo his teachings to the four directions of the world, sometimes called 'the Lion's Roar'. The wheel on the pillar symbolizes Buddhist law and also Asoka's legitimacy as an enlightened ruler.

I feel the dream is meant for me to be a strong and courageous leader as I facilitate many Shamanic Journeys in my life work. I always need to be willing and able to lead by example. In the dream the man was unleashing the lions or setting them free. I feel this represents one’s own liberation to do the dance of life. I once chose to lead a Fire walk of thirty-seven feet. There were hundreds of people in a large circle ready to walk by my example and as I watched the fire keepers prepare the path of twelve hundred-degree coals, a sudden and unexpected thought came over me. “What if I can’t do this walk” this statement ran through my mind, I sat on a bench and breathed through this process remembering my commitment to life’s journey. I grounded myself and then turned to the crowd and proclaimed my intention; I stepped out courageously not looking down and just kept my eyes on the goal at the end of the path, my receiving person. I found myself moving graciously across the searing coals, not running but rather walking as if I was walking through a garden. I soon found myself in the embrace of my receiver. Great jubilation filled my heart and mind and I felt like a roaring lion. I could hear the cheers and whistles of the crowd as they celebrated with me. That was my gold medal, my victory, not over the fire but over self-doubt and fear. I later looked at my feet and did not have one single burn.

My name ‘Leonard’ means ‘Lionhearted’ interesting isn’t it! This is a very powerful dream that has come at the end of a year that brought great challenges to myself, my family, to my community and the greater world. My ancestry is Welsh with our family crest having 3 lions with wings. My Native heritage is Lakota and my totem animal is the Eagle, the Lion of the sky! It’s time to be Lionhearted!

Final note: On Sunday we had a burning bowl ceremony at our local Celebration Center, It’s interesting that the element of fire is associated with the sun and in turn with lion. As we lit the bowl we required fire to do it. And the fire walk is also a burning of the old in building the fire path and walking through the blazing coals representing one’s greatest challenges of life. I was recently chosen to play Lord Buddha in a play for a Conclave in Vancouver. My loving wife, Angelaya, created a costume of gold satin. The last time I was asked to participate in live theater, I became doubtful and eventually ill and could not play the lead role. That was sixteen years ago, the same as the atomic number of sulfur, interesting! In the dream there were five students, the number that I associate with motion and travel. There were four lions, the number of the directions; seasons and life stages one must pass through to become the wise Elder. In the card system that I use for peoples readings, there is a Medicine Wheel with nine lodges or houses each representing an Archetype of the Human Soul. There are five houses creating motion, Inner Child (Emissary), Mind (Dreamer), Heart (Fire keeper) Will and Spirit and four creating stability; Warrior, Peace Maker, Healer and Counsel Chief which add up to nine. The symbolic meaning of number four deals with stability and invokes the grounded nature of all things. Four represents solidity, calmness, and home. The spiritual meaning of number five is with travel, adventure, and motion. Five also carries unpredictability, and radical changes. The five draws our attention to the wonder of life, and beckons us to appreciate the perception of chaos all around us.

In retrospect, completing the task of playing Buddha who is also known as the Lion, was a step in a new direction, one that makes me think of the fire walk and moving beyond my own fears and doubts and into success!

Popular posts from this blog

August 2017 Eagle Wisdom News - August 2017 Welcome to our Summer Edition of Eagle Wisdom News  This time we honour the Sturgeon People on the Medicine Wheel. Sturgeon folks are Leo in the Zodiac astrological world.  The Sturgeon people  are born under the Ripe Berries Moon. This moon happens around the time when all those delicious blueberries, blackberries, and raspberries are ripe, which is the Second Moon of Shawnodese,  Spirit Keeper of the South. The Coyote is the paradoxical trickster and challenges us to look into the great fire mirror. These folks, the Sturgeons, are part of the Thunderbird Clan. This clan is a very powerful group of healers representing the element of Fire.  A Portal is Opening - 8:8  This is happening on Tuesday August 8th, 2017. We are doing a special Crystal Grid meditation and activation in our home. We will be glad to include your energy signature in the form of your name by simply emailing us with the heading '8:8 Stargat
Read more 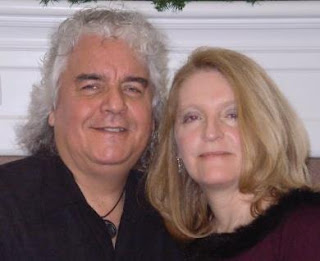 Hello Journeyers You may or may not know that we have a very special Summer Reading Special on until August 31, 2017 What you receive for $25 is a 30 minute reading. If you purchase 2 of them you get an extra 30 minute bonus free! So normally a 1/2 hr. Reading is $60 and times 2 that’s $120 + $60 value for the free bonus! The total worth $180 for ONLY $50.00 You are welcome to use your minutes in more than one session, so say you purchase the BUNDLE you could do 2 x 45 minute sessions or 3 x 30 minute reading sessions. Or mix and match a session with Angelaya or Leonard at different times. We will keep track of you time allotted.  Now that is a great special!! This will be the last time this will ever run! We are going to a referral bonus system in the fall this year. You will have 1 year to use up the time from date of purchase. And Angelaya welcomes you to use all or part of your allotted time on a Distant Holy Fire Reiki Session or an Ancient Light Session.  So it’s up to
Read more

June 22, 2017
July 2017 June 23, 2017 Eagle Wisdom News - July 2017 Welcome to our Eagle Wisdom Newsletter.  This time we honour the Flicker People on the Medicine Wheel. Flicker folks are Cancer in the Zodiac astrological world.  The Flicker people  are born under the Strong Sun Moon. This moon happens around the time of the Summer Solstice which is the 1st moon of Shawnodese the Coyote.  Spirit Keeper of the South. The Coyote is the paradoxical trickster and challenges us to look into the great fire mirror. Frog Clan is a very powerful group of healers representing the element of water. They love the Carnelian Agate and the wild rose. The Flicker is a member of the Woodpecker family and  is a beautiful bird often awakening their world.  Happy Birthday My lovely daughter Amanda has her Birthday on July 21. Happy Birthday Amanda and many sweet blessings to you.  Something New In this newsletter we offer you the first or a series of beautiful Dream Journeys written by our Stude
Read more